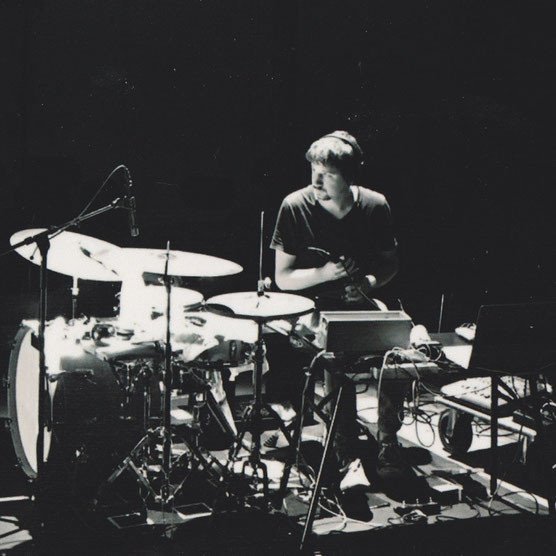 Isolation Tales Festival is a streaming event that is the follow-up of our series Isolation Portrait – Live From Home, focused on electronic textures and experimental paths in music. We will host, from February 21st to 27th, 2022, 22 different artists and 22 live sessions recorded live from their homes or studios. Check the full lineup here and previous episodes here.

The new guest of our online festival is Michael Anklin, a drummer and percussionist based in Switzerland. He’s involved in various bands, collaborations and interdisciplinary projects. collaborates with artists such as Dim Grimm, Kilchhofer, Janiv Oron and Wordcolour. He is one of the founding members of the open structured band «UFO» and the science-fiction ritual band «Liebeslied». He produces music for theater, dance and sound installations.

According to hi bio, he uses field recordings, analog synthesizer, tape machines, as well as self-constructed instruments and sound objects. His sound is characterized by prepared acoustic drums, various objects and sound manipulations. He has announced the release of his solo debut album called Mekonium which will be out on March 25th via Sais Records.

Check the live performance below.