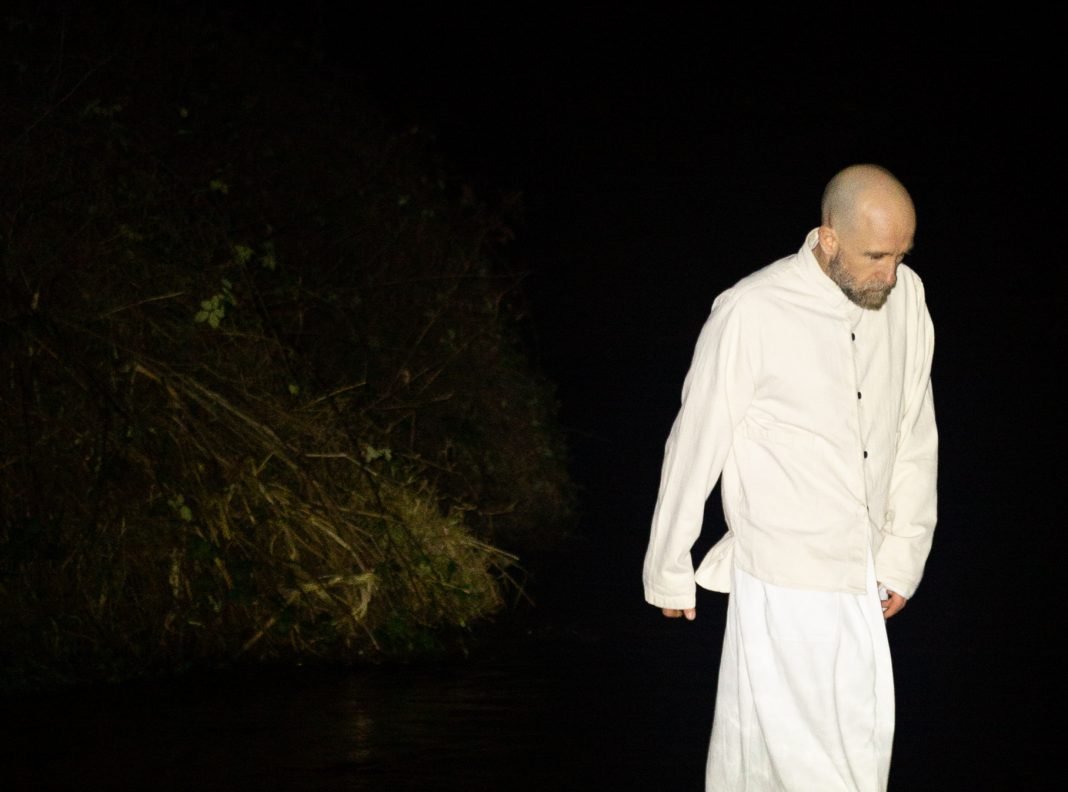 On Man is a London-based producer whose previous collaborations include Giggs, Darq E Freaker, Zebra Katz and Mr Hudson amongst others. He has just signed to Houndstooth and shared his first single & video “Squares and Triangles“, featuring fellow London-based rapper F-M-M-F alongside a video directed by Ian Roderick Gray.

Speaking about signing to Houndstooth, On Man said “I’ve been a big fan of the label and their artists for a long time now, so teaming up with them is a dream. It’s exciting to explore where things can go now I’ve got a bunch of brilliant people to work with.”

And on the new single, he added “Squares and Triangles was a turning point for the project – the first track I finished where I felt like things were heading in the right direction. F-M-M-F’s fantastic vocals hooked me straight away. They read almost like a film, exploring the tension of a doomed relationship when incompatible edges collide, crack and crumble amongst the lies.”

Listen below and check this awesome list with 5 artists and tracks which have inspired his music.

And you Will Know Us By The Trail of Dead – Mistakes And Regrets. This is one of those tracks that has stuck with me and I often return to. It’s so intense, shouty and loud but also beautiful and melodic. I love how, once it properly kicks in, every single frequency is filled to the brim with noise and music.

Cocteau Twins – Cherry-coloured Funk. I came to Cocteau Twins pretty late, maybe only seven or eight years ago, but immediately connected with their aesthetic. It’s the dreaminess, the gorgeous guitar sounds, and the way they could be pop songs but you can barely make out the lyrics. And this song is constantly moving, the sections are so dynamic, and then.. it just kind of stops. It’s almost jarring but I love it.

Arca – Vanity. It’s the way Arca takes musicality to the edge of recognition that gets me. You can hear that there are musical notes, but they’re constantly ducking out the way or disintegrating before you can pin them down. I was listening to this a lot when I was getting started with the album and found it inspirational in terms of how far I could push things.

Nick Cave And The Bad Seeds – Waiting For You. I remember happily getting on at my stop on the metropolitan line, on my way into London, thinking I’d give a listen to the new (at the time) NCATBS album, Ghosteen. Before I had even got to Harrow-On-The-Hill, I was the mad, weeping bloke on the train you don’t want to sit next to – an absolute mess. This is the track that pushed me over the edge. So darn beautiful.

Pixies – Wave of Mutilation. It took a couple of years of being aware of Pixies before connecting with them properly. But when I did, I connected in a big way, and Doolittle is still probably my most listened-to album. It was this record that really showed me how an album can be incredibly varied but, if you get the production right, still held together by a cohesive sound. Every song is a surprise when compared to the previous track but it also all makes complete sense.