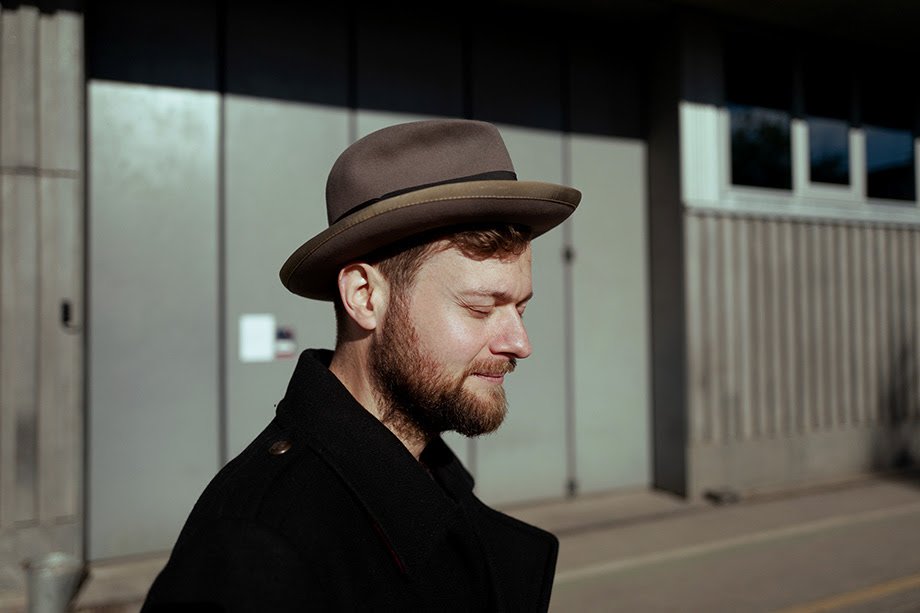 Scottish musican John Lemke has released a new album called Thawlines which is out now via Denovali Records. According to the press release, it Carved out at a glacial pace over six years, it distills the memories of a deeply impactful journey to Finland in 2011 into John’s most personal album to date.

Listen below and check this awesome list with a selection of pieces that have been relevant to the shaping of his latest record.

Jürgen Knieper – Wings Of Desire Main Theme. I’m not very familiar with Jürgen Knieper’s other works but his soundtrack for Wim Wenders’ ‘Wings Of Desire’ and the film itself have had an early and deep impact on me. Its world of monochrome nostalgia is one I love to return to often. Particularly the cello is just so evocative throughout this score.

Portishead – Threads. Portishead were an enormous influence in my late teens. I found their blend of sampling and live instrumentation paired with Beth Gibbon’s vocals so unique and irresistible. Their third album (’Third’) after a long hiatus impressed me greatly and is a record I go back to a lot. It saw them essentially reinventing themselves entirely, despite still sounding uniquely like themselves. ‘Threads’ for me sees them at the peak of their powers in terms of songwriting, production and arrangement. Because of Portishead I had always wanted to work with their long time drummer, Clive Deamer, a dream which finally came true on ‘Thawlines’.

Talk Talk – Ascension Day. I came to Talk Talk’s ‘The Laughing Stock’ through a friend in the early 2000s and am so glad he introduced me to this record. There’s nothing quite like a real personal recommendation – something algorithms will never manage. I only vaguely Talk Talk as an 80s pop band and was shocked to discover this very avantgarde, jazz tinged record with incredible arrangements and performances. ‘Ascension Day’ is probably my favourite track on the album. The energy and dynamics are just spellbinding.

PJ Harvey – England. PJ Harvey has been a huge influence since my early twenties. I just can’t imagine her ever making a bad record. It’s impossible to single out one favourite of influential track from her huge catalogue, but I’ve chosen ‘England’ from ‘Let England Shake’ because it illustrates what she is capable of with the most minimal of means – her voice, an acoustic guitar and a well chosen sample. Goosebumps every time.

Keith Hopwood & Malcolm Rowe – Wind In The Willows Opening Theme (1983).  Another soundtrack that’s been very influential to me. It’s from the 1983 British stop motion animation series ‘Wind In The Willows’ that I used to watch a lot as a kid. The cello features very prominently again and despite it being a children’s show the music is full of nuance, drama and melancholy. I also love the tape quality of the recording – unfortunately I haven’t been able to find a very good version online…

The Beatles – Strawberry Fields Forever. Very cliché, I know, but who cares! The Beatles were a strong staple in my childhood music diet and in many ways its perfect music for kids: adventurous, varied, full of surprises and fun. I still go back to ‘Strawberry Fields’ often when I get stuck on a mix just to remind myself how audacious the production choices, instrumentation and arrangement are (and the music video, obviously!).

Circuit Des Yeux – Brainshift. I came to Circuit Des Yeux by accident when a friend of mine was supporting her here in Glasgow some years ago. Since then I’ve become a huge fan of her work and while it’s tough to pick out one track in particular, ‘Brainshift’ to me is Hayley Fohr at her most elemental and powerful.

Popol Vuh – Aguirre II (l’crime di rei). Popol Vuh were an incredible creative force, although to me it’s this rather minimal but monumental Mellotron led soundtrack piece that is one of their finest works. While I love it on its own, the way that it lifts that incredible opening scene of Werner Herzog’s ‘Aguirre – The Wrath Of Gad’ is mesmerising. It just stays with you.

The Notwist – One Step Inside Doesn’t Mean You Understand. I’m always intrigued about anything coming out of the Notwist universe (Rayon, Ms John Soda, 13 & God, Tied & Tickled Trio etc) and this is the track that started it all. A friend put it on a mixtape (remember those?) for me in 2002 and I’ve never looked back. Their ability to create atmosphere out of very uniquely crafted, idiosyncratic sound worlds never ceases to amaze me. Few musicians can blend digital and analog sounds as classily and effortlessly as them.

Scott Walker – The Cockfighter. ‘Scott 4’ must be among my most played albums ever and while I love his Brel influenced early years, I’ve found even more inspiration in his later records. Those albums take the idea of sound design to another level. That and the element of surprise in his music is unrivalled for me and it’s a great reminder what music can be.

Can – Vitamin C. Another stone cold classic, which still sounds as fresh as it must have done in 1972. The rhythm section of Holger Czukay’s bass playing and Jaki Liebezeit’s drumming has always been a huge inspiration to me, as it must be to many.

Susan Bear – Worm. I’m so lucky to have many talented friends who put out great music, mostly much more regularly than me. During the last coupe of years of making ‘Thawlines’ I probably listened to no track more often than Susan’s ‘Worm’. Fuzzy pop perfection.

Everyday Dust – Roots / Where Lights Fails. Another old friend is Everyday Dust whose deeply textural ambient music never ceases to inspire me. Over the long period of making the last album, his albums were a constant, fruitful companion.

Ela Orleans – Light At Dawn. Ela is simply a genius at creating rich atmospheres that evoke cinematic imagery. ‘Movies for ears’, as she says, which captures it perfectly. Whether live or on record, her work is always an inspiration to me.