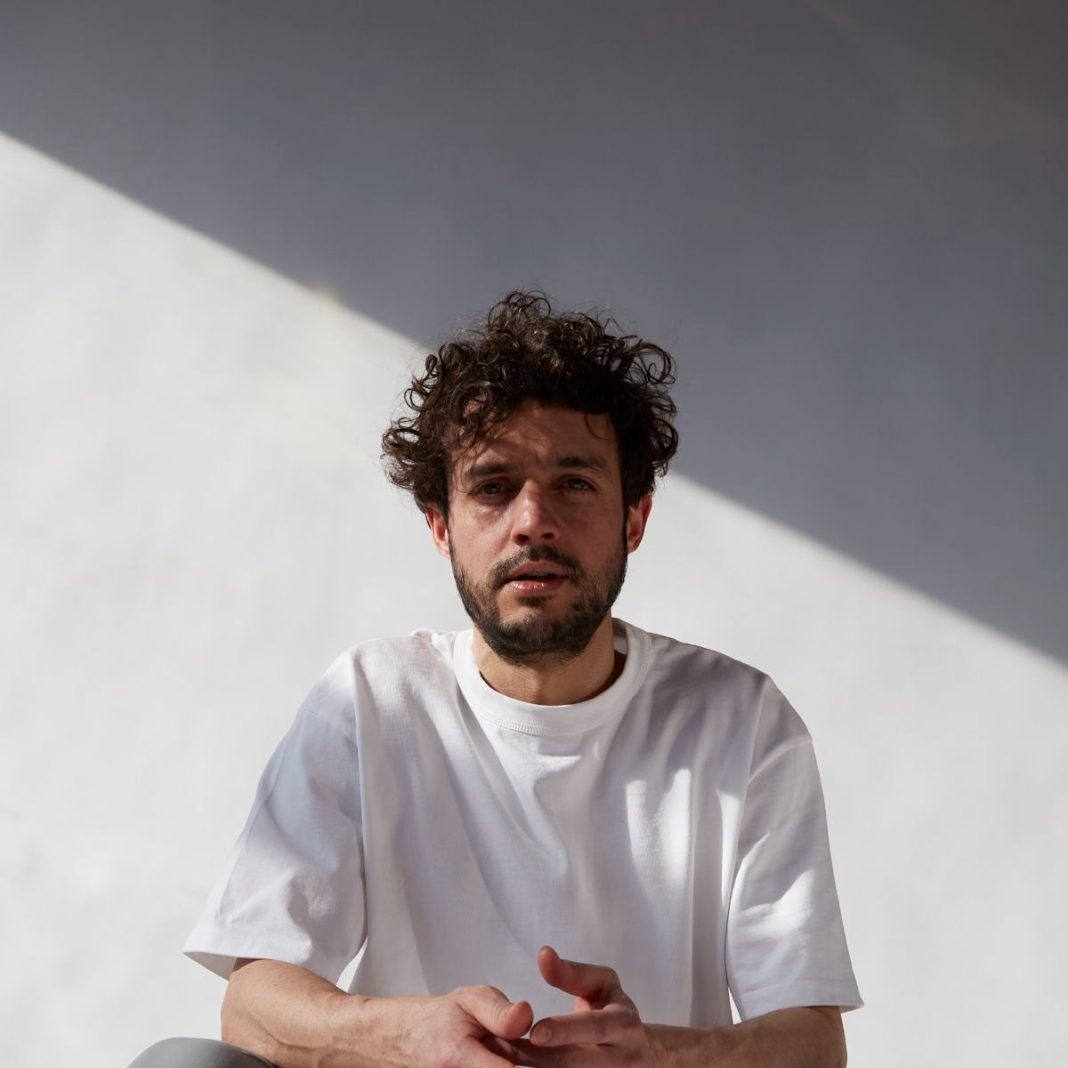 T. Gowdy is a Montreal based producer and musician. His audio/visual performances have featured at MUTEK (Montréal and Barcelona) and Spektrum (Berlin), alongside his ongoing work as an in-demand producer/engineer with over fifty album credits to date, including Suuns, Ensemble and Ada Lea.

He has released a new album called Miracles which is out now via Constellation Records. According to the press release, The music on Miracles is sourced from raw materials originally performed for an unreleased audio-visual project based around surveillance footage. T. Gowdy expands on his diaphanous sublation of mantric-industrial arpeggiated grit with this new collection of minimal electronics, working primarily in a 120-140 BPM zone of tonal percussion and corrugated pulse shaped by temporal experimentation with vactrols, noise gates and alluvial distortion/compression.

Listen below and check this awesome list with 7 artists and tracks which have inspired his music.

“Paradise Engineering” by Barker. Music can make us feel so many things. One of my favourite responses to music is the feeling of lightness. It cuts through my anxiety like a knife and I really need that sometimes. This track makes me feel light and it inspires me to remember this sensation as I produce music.

Taurus by Vril. Vril has the ability to reveal textures and melodies in seemingly tight, minimal conditions. This is something that I also strive to do. It’s hard because requires so much restraint. But it can be rewarding.

“Damage” by Andy Stott. When I heard this song while record shopping at Phonopolis in Montreal, circa 2014, I was inspired to start producing my own music, after 10 years off.  Over the past couple years I have been studying this music again. It’s effect is so visceral. The democratized bus compression and distortion on “Déneigeuse” are very much in line with my impressions of Andy Stott’s “Damage”.

“Vaihtovirta” by Pan Sonic. It’s like listening to the actual sound of electricity. Pan Sonic does it like no one else does. On my new album “Miracles”, I wanted to experiment with the texture and speed of electricity, too. Pan Sonic has  often been a reference point for these experiments.

“AMORE AMARO” by Alessandro Cortini. As an antidote to my experiments with electrical sounds, I would listen to Alessandro Cortini and admire the way it makes me feel empowered, while feeling that there is something much bigger at work in life than my own reality.

“Discipline of Enthusiasm” by Lorenzo Senni. I find calmness in Lorenzo’s swirling, pointillist tapestries. I admire the pace at which he is working and the precision of his compositions.

“Knight of Pentacles” by Poly Chain. When I hear this song and record I feel like I am not alone. I know intellectually that there are many people in the world doing similar things to me and that I have family and friends that support me emotionally. But my body STILL feels like I’m home when hear this song.