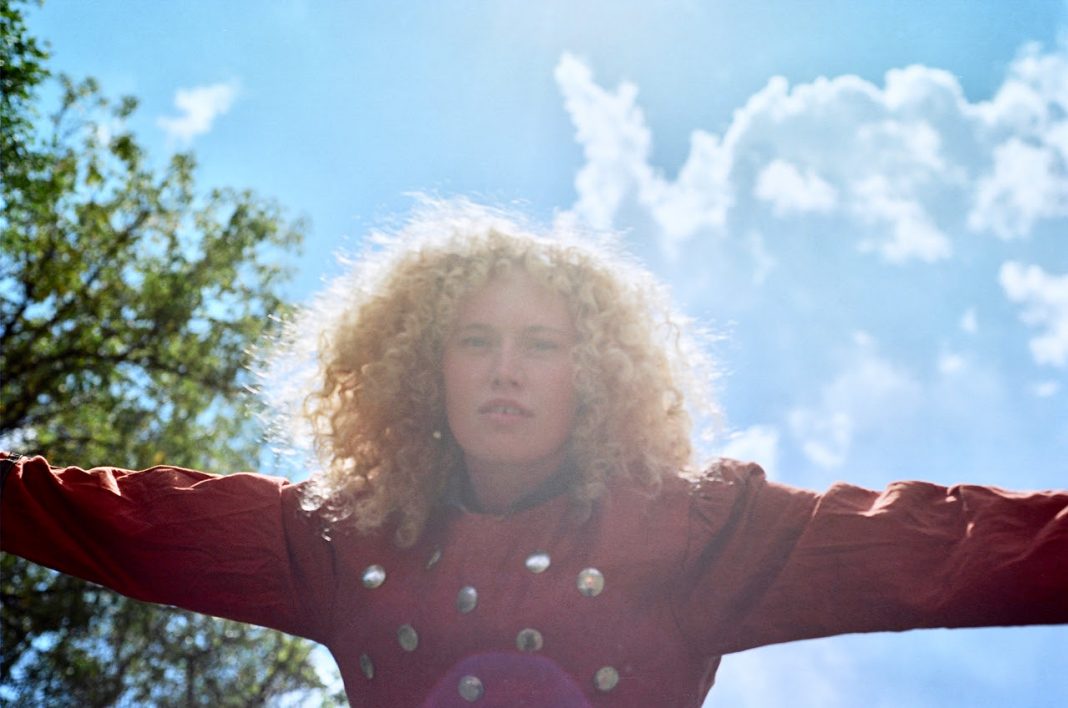 Blunt Chunks is the project of Toronto based artist Caitlin Woelfle-O’Brien (Jaunt). She has released the self titled debut EP which is out now via Telephone Explosion Records. The EP features members of The Weather Station, Broken Social Scene, Scott Hardware, Luna Li, Hooded Fang and more.

Listen below and check this awesome list with 6 artists and tracks which have inspired her music.

Seems So Long Ago, Nancy – Leonard Cohen. I found this song in my early 20’s when I first started writing songs. I love Leonard Cohen so much, as my Mom also loved him and had his “Selected Poems: 1956-1968” book that I started to read, often. It was one of the first real sad songs I learned and played on my own. I found it to be so moody, as I was experiencing my first bouts of depression and Leonard’s songs really spoke to that desolate, quiet sadness inside. Songs from a Room is an essential folk album.

By My Side – Godspell. I have a background in Music Theatre, and one year my high school did a hybrid production of “Godspell” / “Jesus Christ Superstar”. I will always remember the first time I heard this song, it blew me away and touched my soul. I often do an electronic/organ cover of this at my live shows. Something about the longing, the desperation to be near someone, and the beautiful harmonies…and the sentiment of being a pebble in someone’s shoe… taking care of a little pebble as though it’s a friend.

You and Who’s Army? – Radiohead. I got really into Radiohead in University. I would listen to Amnesiac on repeat, and walk 2 hours every Tuesday to one of my classes at a different campus. It was some kind of odd meditative ritual I got into for a semester and it was ONLY that album that I listened to. This song stuck out to me and has always remained my favourite of theirs. Thom Yorke’s vocals are perfect, and his voice has always inspired me to sing with depth and honesty. I am one of those die-hard Radiohead fans, sorry not sorry. Sonically they are just sooooo perfect. I’ve heard that Yorke’s live performances are divine.

Wolf in the Breast – Cocteau Twins. I just love Cocteau Twins, their nonsense (and yet extremely potent) lyrics and incredible way their songs always make you feel amazing, and as though you are immediately in an 80’s teen dream movie. Her voice is an inspiration and so free. Heaven or Las Vegas is such an iconic album and just defined an era for my friends and I. It was the first really cool album I think I got into. Elizabeth Fraser just rocks my world. I also love their cover of “Song to the Siren” under their side-project This Mortal Coil. Basically Fraser’s voice definitely has inspired me.

Walk on By – Dionne Warwick. This is a classic, and I included it because songs like this are what really started it all for pop music. I love the sentiment of this story and have always imagined the scenario playing out: seeing your ex-love in public and hoping they just walk on by, as it’s just too painful. Warwick is one of the best vocalists in the world and she is so inspiring with her effortless, positive, diva magic.

Sleep to Dream – Fiona Apple. This was the first song I ever heard of Fiona Apple’s and I was forever obsessed after it. She is a genius. The music video stuck in my head too. I got really into her album Tidal and then Extraordinary Machine and I listened over and over and over and really got her sound in my bones. Her fearless and powerful song-writing has definitely inspired me to dig deep and be completely raw with my emotions.