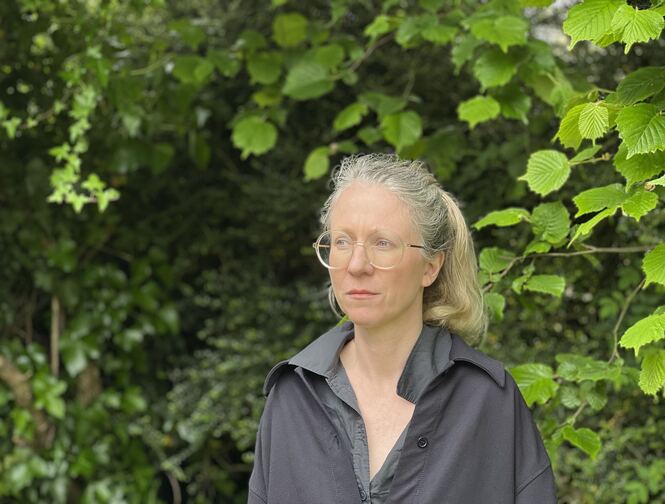 French artist Félicia Atkinson has announced the release of a new album called Image Language which will be out on June 24th via Shelter Press. According to the press release, r. There are two categories of place that are important to Image Language: the house and the landscape. Inside and outside, different ways of orienting a body towards the world. They are in dialogue, insofar as in the places Atkinson made this record—Leman Lake, during a residency at La Becque in Switzerland, and at her home on the wild coast of Normandy—the landscape is what is waiting for you when you leave the house, and vice-versa. Each threatens—or is it offers, kindly, even promises? —to dissolve the other. Recognizing the normalization of home studios these days, she revisited twentieth-century women artists who variously chose, and were chosen by, their homes as a place to work: the desert retreats of Agnes Martin and Georgia O’Keefe, the life and death of Sylvia Plath. Building a record is like building a house: a structure in which one can encounter oneself, each room a song with its own function in the project of everyday life.

Check the new excerpt “The Lake is Speaking“.