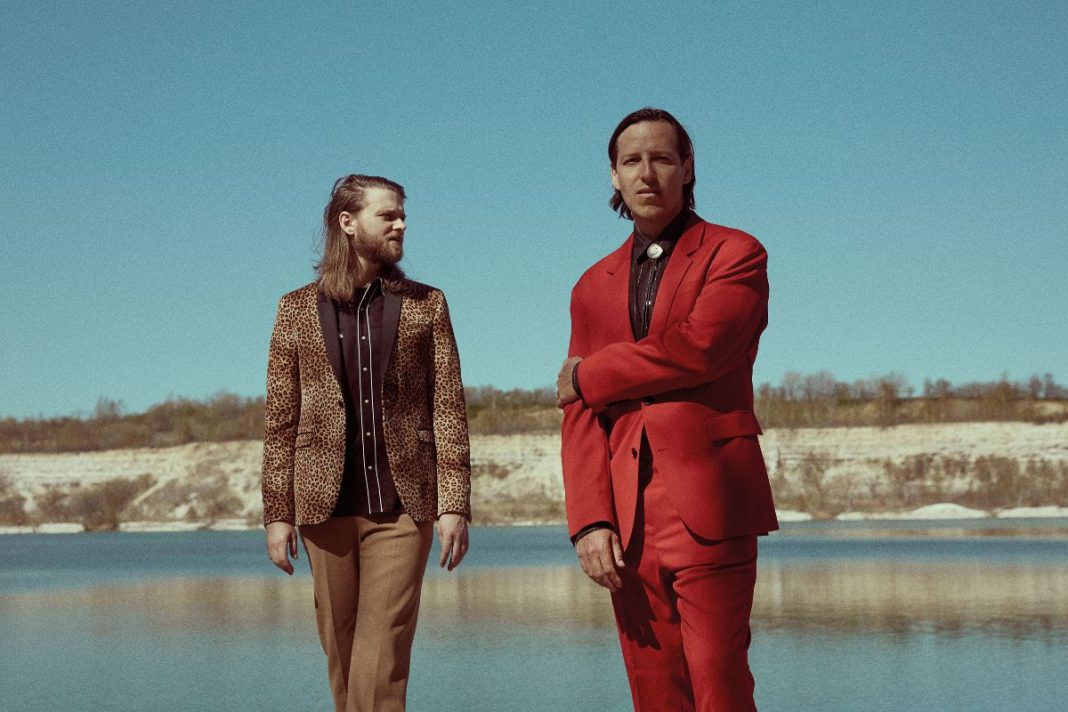 After their 2021’s EP 6 Songs (solo piano), Copenhagen based duo Palace Winter, aka Carl Coleman and Caspar Hesselager, are back with a new track called “The Big Blue” which features Danish newcomers PRISMA. “It’s about coming out of a trauma and changing yourself into something more positive. It’s about discovering a better version of yourself.”, Carl Coleman explains about the single.

Listen below and read our chat with Carl Coleman.

Let’s start from the current situation. How are you living these strange times and what are the main concerns as a band?

Like a lot of the world, I guess we feel like we’re through the worst of it now and life seemingly feels back to normal. Here in Denmark, concerts are at full capacity etc so it’s nice to see bands out there playing and people going to festivals again. As for concerns as a band, haha what a fun question. It’s almost like being asked what are your concerns in life? I reckon every band or artist out there constantly have things in their head that they want to solve. It’s just the human condition isn’t it. I don’t think that ever goes away. But it’s funny, I was thinking about this the other day and it is true that the older and wiser you get, the less you sweat the small things. Or at least I try and remember to see the big picture and not stress about small stuff.

“The Big Blue” is your new track. It’s about coming out of a trauma and changing yourself into something more positive, right? What are the first vivid memories of this track?

We wanted to make a song with a straight four-on-the-floor beat, because we’ve never really had one. So we challenged ourselves to try and create a song with a narrative, but also with a danceable beat. I was fascinated with this news story here in Denmark about a teenage boy killing a pony on a beach for the sake of art! It was a weird and pretty dark story so I sort of built my own version of it. And then we got the Prisma girls involved and they really nailed the vibe we were after. It was also a goal to kind of pay tribute to our older work where we often had long kraut outro’s and yeah, it clocks in at over six minutes, so that was a fun canvas to work on.

The track seems to be something about healing and letting go. Do you agree? Writing and composing music can be considered the most helpful, healing break to reawaken the senses? How painful or liberating (or both) was this process?

That song is certainly about letting go and moving forward yeah. Caspar and I definitely aren’t the types of musicians that cut themselves and write the lyrics in blood or anything haha. BUT! With that said, we certainly pour our hearts and sweat and tears in to our work. And yes, finishing a song that really means something to you can be a healing and liberating experience indeed. And perhaps it marks a point in time where you can hear it and say “hey cool, I was going through some shit, and now I’m on the other side”. Or perhaps you’d even like to be reminded of really tough times cos of what you gained from it. I think people reflect on trauma or hardship in so many different ways. Some would shy from the painful memories, while others would lean into them and explore the darkness and perhaps use it as inspiration to make art or a film or whatever it is.
But honestly, I would say mostly, making music for us is a joyful experience. Of course you hit walls here and there, and making albums can be really gruelling work. Especially dealing with the constant inner critic that is questioning your every move. But I think lately Caspar and I have tried to remind ourselves why we started this band in the first place. Because it felt good and for whatever reason, there was a burning passion to want to create something.

In 2021, you have released a solo piano EP. How was that idea born?

That was more my bandmate Caspar’s concept. I think he just really felt like exploring some of our older tunes and seeing how they would translate to that format. It’s a really beautiful little EP that. I honestly had nothing to do with it haha

Are you working on a new album? I know that recently you have been in Sicily, right? How was this experience?

We are! I say that with great relief and excitement. Because, well as you know, a lot of bands make 2 or 3 and albums and then just realise they’re sick of being broke and start families and it’s like, well that was that. But I’m so grateful that the fire is still burning and Caspar and still have so much music we want to explore and create with Palace Winter. As for Sicily, oh man, where do I start? We had a little villa not far from Catania at the base of Etna, in a village called Monterosso. It really was bloody perfect. I was curious as to how productive it would be. We had a solid routine. Every morning we’d get up, make coffee and then setup a little studio outside in the garden. And then we’d just sit and make demos all day until we needed pasta and wine. Then we’d drive to a nearby restaurant, load up, and then repeat the process. Our goal was to write six songs, and we came back with 11. So let’s see what it all turns into. It really is an amazing country you’re from. And especially down there in Sicily where it feels almost frozen in time and everything is still quite primitive and unaffected by the modern world in the most beautiful way. And the food, ppffff forget about it.

You are from Denmark. I’m very interested in the connection between the places we live over the years, our roots and the art. How do you feel these themes connect to your music and your way to create music? What are your favourite places which inspired you the most?

I’m actually from Melbourne, Australia but Caspar is Danish and we are based here in Copenhagen. For me personally, living here for over a decade now, distance and homesickness are themes that play a large role in my songwriting. And the cultural differences between countries like Denmark and Australia are things that I see and deal with every day. And it often pops up between Caspar and I too. We are total opposites in many ways. Sure most of that is just personality differences. But a lot of it is cultural too and it often makes for interesting situations and results haha. Hard to be specific here but it’s little things. So yeah, I think the experience of being an expat here in Denmark definitely sneaks into my writing a lot. As for places, well Sicily is my new fav of course! Inspired the hell out of us.

Ritual question. Have you seen or heard anything good recently?

The Kanye doc on Netflix sucked me right in.. Loved it. Well especially the first 2 episodes when he was climbing the ladder. That was so inspiring and I was reminded of how great those early albums are. On Saturday I saw the incredible band LOW here in Copenhagen. That was probably the best show I’ve seen since Nick Cave and the Bad Seeds around 5 years ago. Low really are an American tradition of their own. They should hang Low albums in museums in Minnesota. Hard to describe the electricity in the room and just the pure rawness of their songs live and the spirit of their music. I was really mesmerised.