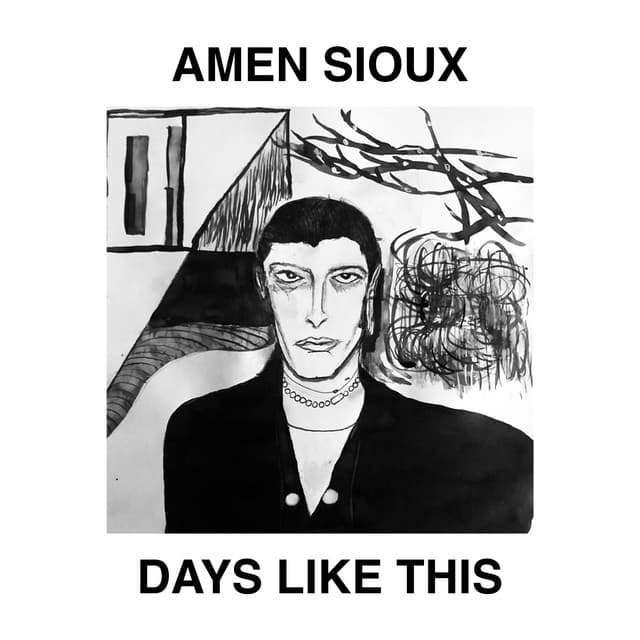 Amen Sioux is the new project of singer/songwriter Mickey Pretto, formerly of New Ivory (Dim Mak). Following his debut-single “Real”, she has now released a new track called “Days Like This”.

The cover artwork was born from a collaboration between Amen Sioux and the art of american painter David West, who now as then documents the musicians of the avant-garde, the people of the underground and his experiences of urban life.