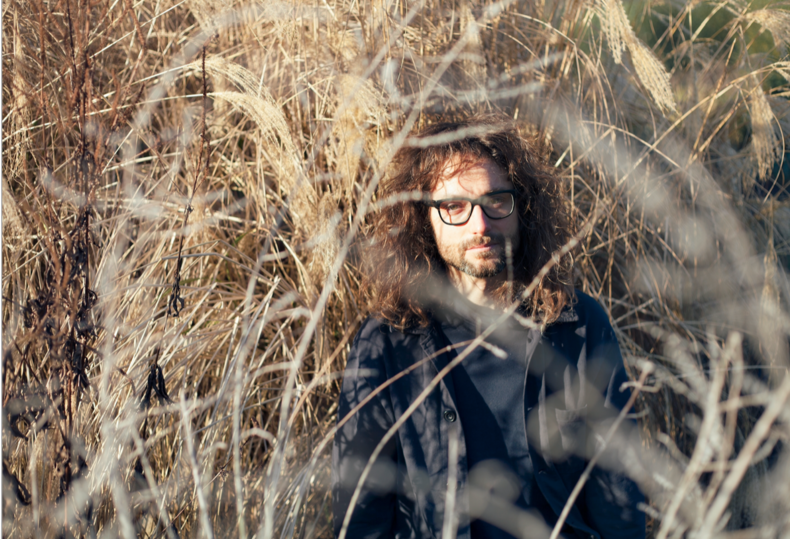 Casually Here is the project of London based artist, composer, sound designer and producer/engineer Nic Nell, with a background in art and mathematics. He recently produced Orlando Weeks’ (The Maccabees) acclaimed album ‘A Quickening’ and collaborated on an electronic art/dance project with Lawrence Hart released as a series of EPs on Hotflush, which received huge support in the dance world from the likes of George Fitzgerald, Sasha and The Blessed Madonna. Nic is also one half of both Young Colossus and art pop duo Rainer.

He has released his second album called Possible Worlds which is out now via Algebra Records. It was mastered and cut by Guy Davie (Jon Hopkins, Bibio, Nathan Fake etc). It follows Casually Here’s 2015 debut Kept.

Listen below and check his awesome list with 6 artists and tracks which have inspired his music.

Luke Abbott – Modern Driveway. I’ve listened to Modern Driveway for hours over the years. I just love it. It sounds like all the lovely little coloured shapes of the artwork are processing across your visual/sonic field, all slowly jiggling, moving and evolving with a lovely relaxed softness around the edges of everything. There’s a playfulness and apparent simplicity to it which I find totally engrossing and I don’t know any other pieces of music that sound quite like it. Like a mantra meditation it does something lovely and hypnotic to my brain with the motoric synth pulse cross rhythm across the soft touch drums. It has a little bit of the dustiness of the physical world and constant movement in its sound which I try to capture in what I do and is a great example of less is more. You put it on and you’re just in its world.

Rob Shields – Trust. Trust is a track I come back to again and again. It has a peaceful calm optimism and openness to it that feels featherlight in its touch, and sets a wonderful energetic and emotional tone without imposing itself on the listener. The achingly beautiful descending vocal is one of my favourite vocals ever. Trust opens Rob’s album Green which I can’t recommend listening to enough. It’s a close to perfect record to put on at a dinner party/relaxed social gathering to set the tone and I mean that in the best possible way. Trust helped me reframe the idea of power in music that makes you want to move as not necessarily being about volume and bombast, as in my head Trust is a huge energetically, yet sonically it’s super delicate. I subsequently had the honour of putting out Rob’s brilliant first Sunplus album ‘MORE COLOUR’ on Algebra and remixing his track ‘UR‘ as my love letter to Rob’s music.

Aphex Twin – #20 ‘Lichen‘. Beautiful Aphex Twin is some of the most utterly heartbreakingly beautiful beautiful out there, and Lichen from his Selected Ambient Works Vol. 2 is one of my favourites. It captures an utterness of the world, the poignancy of a moment and the fleetingness of time that’s so easy to miss in all our day to day preoccupation and busyness. Those moment of wonder touched with a hint of the numinous are the moments that help give us a deeper sense of resonant perspective outside of our daily preoccupations. ‘Rhubarb Skies’ on the album was made with this kind of spirit in mind. The tear rolling down the face at the utter ridiculous beauty of it all, and the cosmic wonder that we’re even here to be able to experience any of it at all.

Lanark Artefax – Touch Absence. This is a big one for me. I remember hearing it out at Phonox in Brixton and it felt like the whole club was almost static with energy but what I wasn’t expecting was the feeling of stillness, as if it was holding space rather than having a sense of forward momentum which was really interesting. I saw him live in Peckham a few years back and it was absolutely mindblowing – it felt like being scanned by a higher dimensional being/AGI. I really love the whole experiential/visual world around it. The tight pingy delays/rawness on the drums were definitely an influence on the drums on ‘The Great Filter’.

Dialect – Ringing The Web. Under~Between is a beautiful album and Ringing The Web is the centrepiece highlight for me. The big sunrise moment in the middle absolutely blew me away when I first heard it as it was so unexpected, followed by yet another unexpected moment as you get hit again by the descending strings. It’s just wonderful. This is the kind of thing I was going for in the middle of ‘Crickets’ off Possible Worlds when we are suddenly hit by what almost feels like total stillness in comparison to the busyness of what has come before as sudden unexpected change of space that still feels totally of the world.

Lapalux – Momentine. Lapalux’s album Amnioverse is a great record to put on late night and go on a journey with. I really like the form of the album as an experience to give yourself over to, with its non prescriptive, semi abstract narrative – it’s a bit like stepping onto a ride being pulled through to the other side, which is definitely something I’m interested in in my own work. The big synth kick off around 4 minutes in Momentine is one of my biggest moments in music of recent years. The sound design is brilliant and the synths feel like huge almost physically manifested slabs of electricity. The build into it is wicked too, as is the fall out, and I have a lot of respect for the less is more of having it as a huge moment rather than as a repeated section of the song. The physicality and almost 3D nature of the synths is something I aspire to in my records, from the pitched synth swoops in the drop outs of ‘A 2067’, to the big cat like synth roars in the peaks of ‘Apex’. If an asteroid was about to hit the earth and we had moments left for a final song to listen to – I might choose Momentine and loop the kick off. Pure bliss!