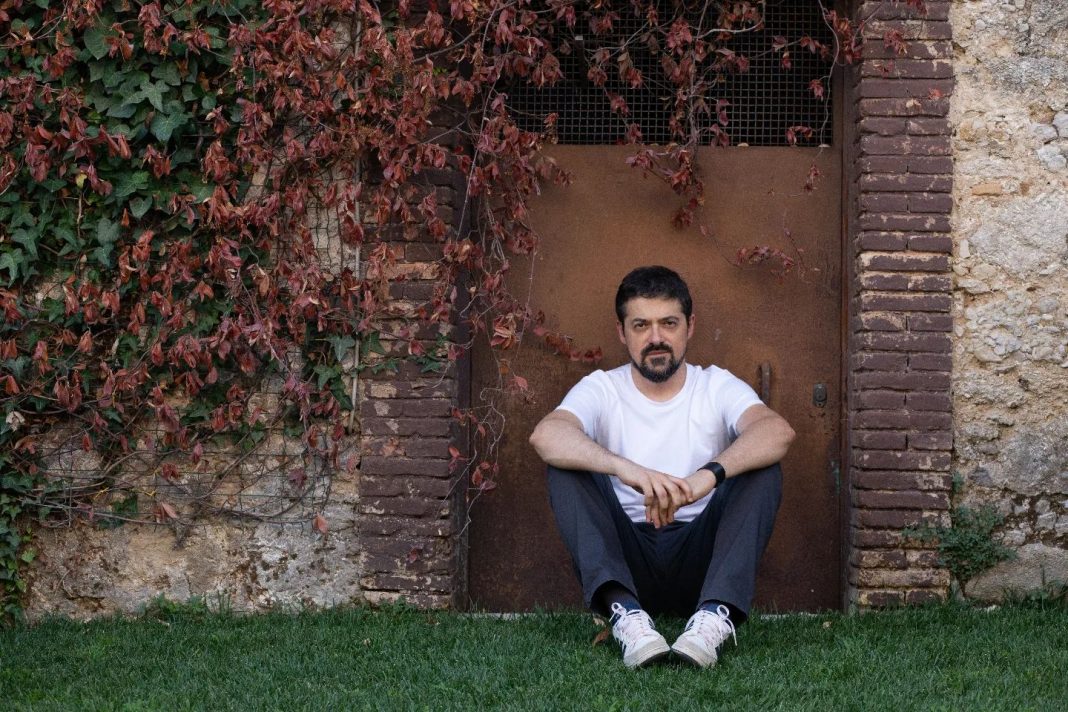 Country Feedback is the solo project of Italian musician and singer-songwriter Antonio Tortorello, better known for his work with his band 7 Training Days. Three years after Season Premiere, he’s back with a new album called Intermission which is out now via MiaCameretta Records.

Listen below and check this awesome list with 10 artists and tracks which have inspired his music.

LCD Soundsystem – Other Voices. In the summer of 2017 I went on holiday in Croatia with Lucia, my girlfriend. A few months earlier my old band, the 7 Training Days, had dissolved after almost 15 years of activity. I was 42 years old and I thought I was done with playing music, but I hadn’t come to terms with the return of LCD Soundsystem (they had stopped for quite a while, too); during that week, on the island of Brac, we listened to “American Dream” on repeat, and when we boarded the ferry to go home I decided that my love affair with music deserved to live another chapter.

That’s how Country Feedback was born, and since that I’ve always said “thank you” to James Murphy in my songs.

Talking Heads – Born Under Punches. I would trade all my songs for “Born Under Punches”, and maybe that’s why my head is always there when I write an arrangement; David Byrne’s extraordinary rhythmic vision has definitively changed my way of understanding the use of percussion, and I can no longer give up (especially on “Season Premiere”, my debut album) the use of congas, cowbells, clapping, maracas, tambourine, vibraphone, all kinds of drums.

dEUS – Theme from Turnpike. In my songs I try to bring together in harmony a whole series of colors and atmospheres that natively come from different habitats, and I believe that very few bands have been able to bring this assumption to absolute zenith as well as dEUS in the scenario of western popular music.

Unfortunately I don’t have Tom Barman’s voice but the eclecticism of this brilliant Belgian band was a strong inspiration for “Orson Welles”, “Reverse Engineering”, “Enemy”, and “Not Quite My Tempo”.

Damon Albarn – Hevay Seas of Love. All the artists I’ve always loved have the same attitude: curiosity. Curiosity is the driving force that makes you travel the less traveled roads, explore unknown territories, change the game. And the incredible talent of Damon Albarn is a real beacon in the night in this sense.

Various ideas in “Intermission” derive from him (the upbeat trend of “The Shape Of Things To Come”, the gospel coda of “Not Quite My Tempo”, the lazy approach of “Music Is A Mirror”), and in general I feel that the long shadow of his debut album (“Everyday Robots”) was really a key element for me, even when it is not visible.

Radiohead – Life In A Glasshouse. “Kid A” is the album of my life. There is nothing better for me, although also his twin (“Amnesiac”) is really great. I have studied every slightest groove of those two masterpieces for 20 years, so it’s inevitable to find traces of them in my compositions.

I am 46 years old now and I have always played, listened and studied music. At some point you realize that what you create is the unconscious result of an endless mix of things filtered through your own subjectivity, and the albums that have really changed your life inevitably come to the surface.

The piano of “Music Is A Mirror” probably comes from “Pyramid Song”, the tail of “The Shape Of Things To Come” follows the horns of “Life In A Glasshouse”, the interlude of “Borders” is pure Yorke as well as the bass of “Enemy” evokes the Greenwood loops, and so on ad libitum.

Nas – N.Y State of Mind. I deeply love hip-hop culture and I’m not exaggerating to say that 80% of my listening in the last five years is African-American music.

I’d like to be part of it but I’m a white European, and the only thing I can do is try to pour this love into music by paying duty to the masters and trying to recreate that vibe.
“Enemy” is the blackest song I’ve ever written (it’s not the only one: “Fearless” and “Shuck Dat Corn Before You Eat” from my previous album) and I’m very proud of it.

A few weeks ago I was listening to it and I thought about “N.Y. State Of Mind” finding some analogies I’d never thought of: that’s the proof that when something has touched you so deeply you don’t even realize it.

Kanye West – Love Lockdown. In recent years Kanye has done all the worst that he could do, from every point of view, and this has unfairly infamous a musical production that (with the exception of the last 3-4 releases) has very few points of comparison. A true genius, a revolutionary who has inspired entire generations of musicians… and myself.

Among the thousand souls of his production there is one that has always struck me a lot: it’s the vulnerable intimate confession of his fourth album, and I find extraordinary the way he mixed his culture with a dazzling pop talent.

“Home” is clearly inspired by “Love Lockdown”; in sounds, in the approach, in the flow, in exposing feelings and private issues.

Shabaka And The Ancestors – The Coming of The Strange Ones. There was a long period of my life (prior to the “hip-hop phase”) in which I exclusively listened to jazz. I bought dozens of records and books, totally overwhelmed by an irrepressible passion. Then I moved on but some things remained there, clinging to the soul.

For this reason, when I discovered the world of Shabaka, I lit up like few times before, and this crazy album rekindled a fire never turned off.

The layered architectural constructions of the songs on “We Are Sent Here By History” and the incredible horns that animate them were certainly at the center of the creative processes of “Music Is A Mirror” and “Reverse Engineering”.

This is the mantra I repeated to my guitarist, Costantino Mizzoni, for the refrain of “Enemy”. Blur are here for various reasons: Graham Coxon’s guitars, the courage to go beyond their own schemes, power to the imagination. And also because I started making music in the 90s and apparently that decade has never gone away.

Eels – Dog Faced Boy. Mark Oliver Everett, besides being the friend we all wish to have, is also a genius of music production and I am in constant debt to him for a whole series of solutions and ideas that characterize my songs. From the crunchy filter of the voice to the radio effect on the clean guitar, from the riffs style (I think about “Orson Welles” and “Dog Faced Boy” comes to mind) to the lyrics, so personal and so universal at the same time.

Thanks Mark, I love you.